Can we live plastic-free in Japan? 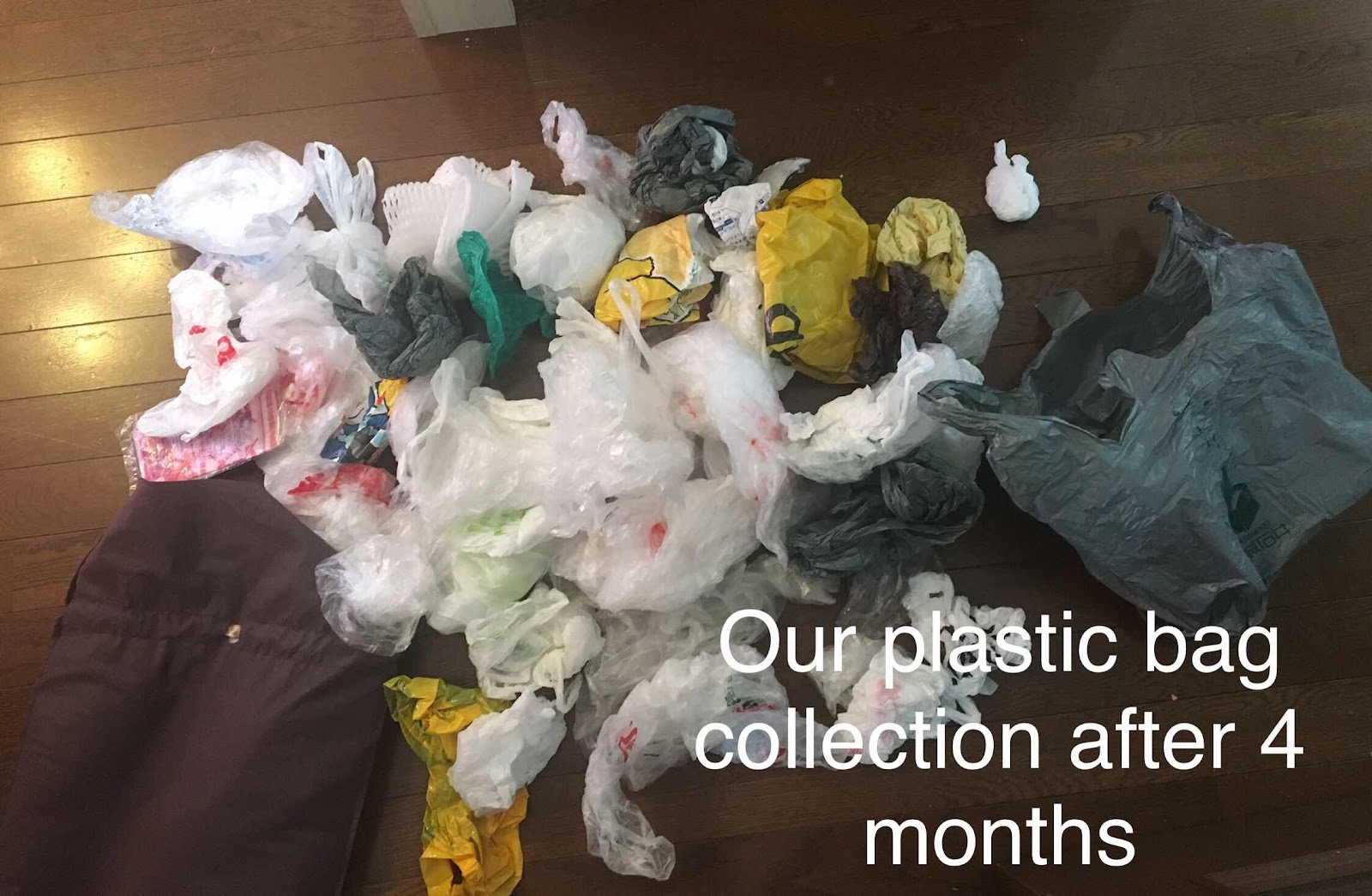 Simple answer: yes, but it’s bloody hard work. One big thing we’ve all noticed since moving here is that Japan is very much still in the throes of single-use plastic life and not many changes have been made towards updating this attitude. Now various propaganda (for want of a better word) will have you believe that Japan is amazing with its plastic recycling because it’s incredibly strict on what it recycles and how that is divided. As a home we have 2 different types of plastic recycling: PET recycling and plastic packaging such as crisp packets and bottle tops. Sounds awesome right? Well this article reveals (as do many more) that whilst the statistics say 84% of plastic in Japan is recycled. Amazing right? Wrong! Only 23% is materially recycled with 4% being chemically recycled and the rest is burned....let me say that again- the Japanese government says it recycles materials which is actually burns to create electricity. 56% of the plastic I take time to recycle gets burned. Now whilst this is reusing it is not what I call recycling and it is definitely not good for the environment.
Now I’m not going to spout figures at you as the articles I’ve found can do that much better than I can. Especially this one from Forbes Japan (open in Google chrome for automated translation). Also there is
this really good article which first drew my attention to all this. The writer starts by describing a strawberry he was given as a gift that was wrapped in 5 pieces of plastic. This is the norm here.
I bet there are lots of you out there who probably have the same response I did when reading these shocking statistics- use less plastic then. Yep, that’s what we’re trying to do but in Japan it is ingrained in society here. We would bake more but even flour comes in a plastic bag! Plastic bags are still given out with every purchase here and whilst it’s true that a charge for plastic bags has been introduced it is not a national scheme yet. So in our local shop this is what happens:
We go into the supermarket and get the unpacked fruit and veg for two reasons- we can pick our own and we can avoid plastic packaging. We pick up corn-on-the-cob which is in season and conveniently wrapped in it’s own leaves. We put it straight in the basket. Meanwhile we witness others taking the leaves off, putting them into the bin next to the veg stand for this purpose and placing the cobs in individual bags rather than leaving it in its own natural packaging! We move on and avoid the prepackaged apples, kiwis, carrots (3 carrots a bag! 3!!!) and watermelon and by packaged for watermelon I don’t mean a section I mean a whole watermelon!! We happily place these goods straight in our basket knowing they’re destined for our own canvas bags and to be washed before eating. We avoid mangoes (which I and my daughter love) because they have too much plastic. We avoid wrapped broccoli opting for the unpackaged veg instead. This is our way. Some things are impossible to buy without packaging such as meat, bread and (to my great upset) eggs! We’ve found another shop that sells eggs in cardboard like in the U.K. but usually they’re in plastic here.
So round the whole shop we’re really careful and we get to the cashier. Now in Japan it’s usual for them to put through the till and you pack at a different counter afterwards or they pack for you. It is here the problem increases. The cashier always tries to put any unbagged goods into bags. Here the vegetable bags are small so it’s two apples a bag. We are a family of five. We eat lots of fruit and veg. If I let the cashier carry on (which I did at the beginning due to being overwhelmed) we’d end up with over 20 fruit and veg bags that are a useless size! I’ve taken to reusing the bags we’ve accumulated so the cashier doesn’t get stressed or confused. Yes, they just don’t understand and think I don’t know what I’m saying. I also take my own canvas bags and place the veg in those and leave them open. They don’t understand that either but I don’t care if they see me as an eccentric westerner. I refuse to use that many plastic bags. 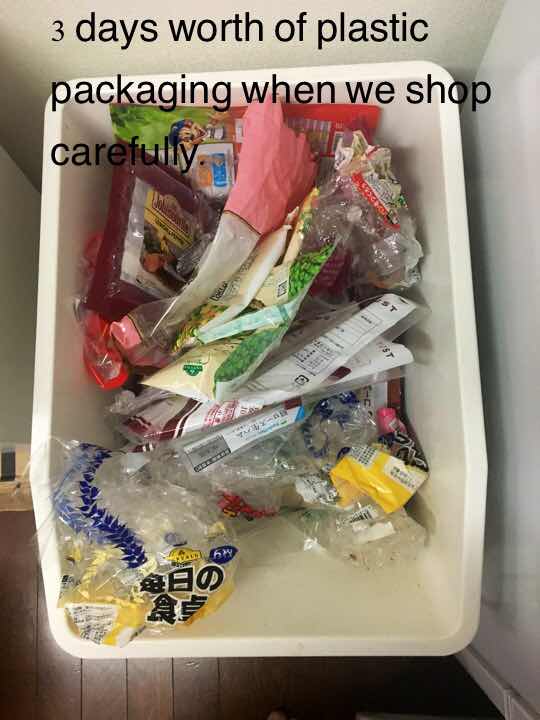 Basically here there’s no milk in plastic (that I’ve seen) but so much else that is. Japan is second worst in the world as fair as single-use plastic is concerned, second only to the USA. Such high consumption that I find very difficult and am constantly asking to not be given a bloody plastic bag!!!
At this point I must mention that on a recent trip to Legoland it was in their restaurant that we have witnessed paper straws and cups. So easy and no second thought. I’ve bought stainless steel straws and need to work on remembering them but when all drinks are provided with straws here it really does feel like I’m wasting my energy.
I’m banging my head against a wall of plastic waste because it is part of life here. It’s seen as ok because it’s “recycled”. I will encourage change but I doubt that U can change one country in which I don’t speak the language. The government needs to stop spouting the propaganda that it has an 84% plastic recycling average. It could be possible to live plastic-free in Japan if only the businesses and governments got on board. Come on Japan. You have a really beautiful country and the streets are clean. It’s safe here and it’s gorgeous. There are turtles who live in the river 2 minutes from our house. There are cormorants that fish there. If not for you and the human race do it for them. I’m not asking you to be perfect, Japan. I’m just asking you to try....please. 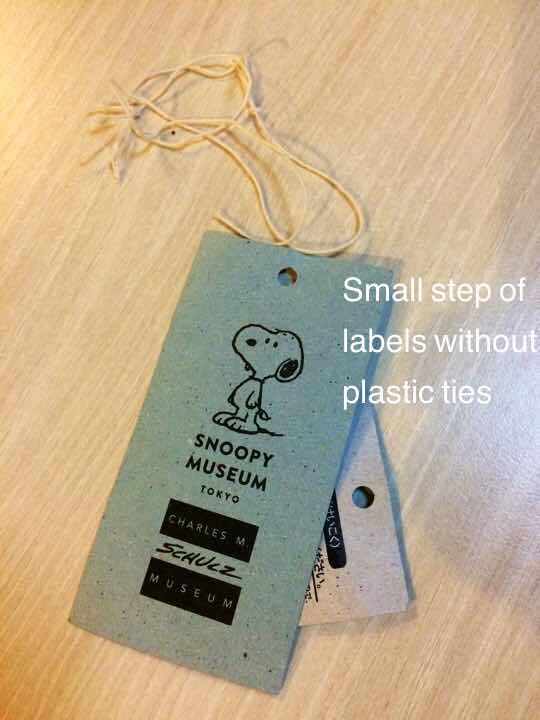 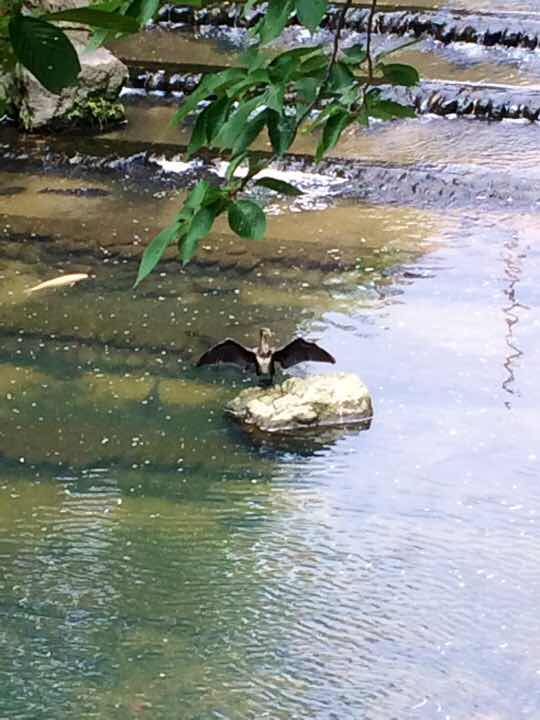 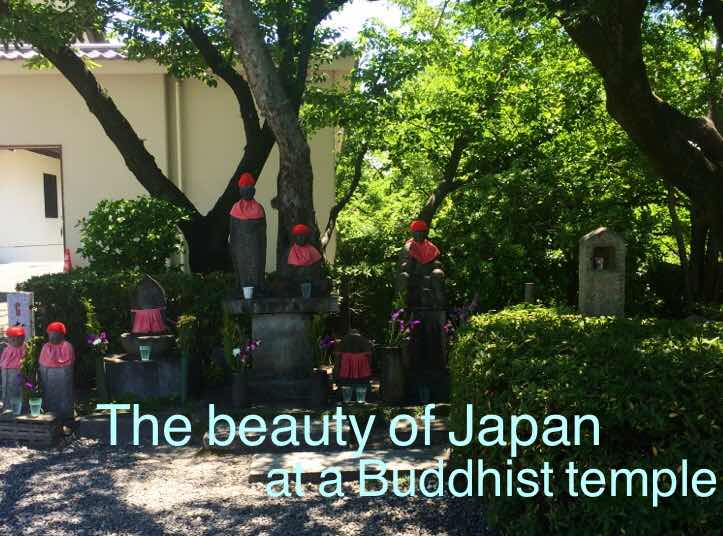