Reconnecting with my craft 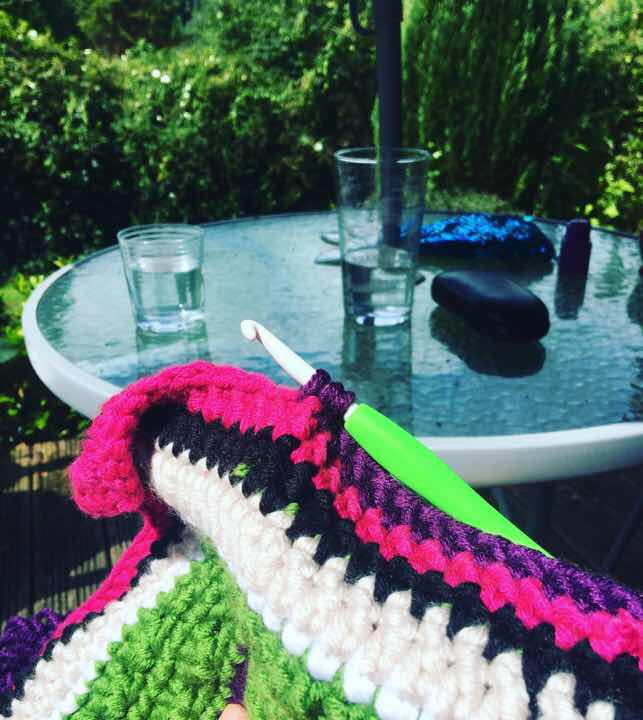 As I may have told some of you since our big move to Japan I haven’t crocheted much. This hasn’t been intentional, in fact it has been very unintentional and it has gotten me down on several occasions (ask my
long-suffering husband). But, within the last few weeks, I have picked up my hook again. The first motivation was finishing my sister’s 40th birthday present.....which was due in February. I wanted to finish this so I could bring it in my suitcase to the U.K. rather than post it! Then it was the boy’s birthday so I made his crochet succulents and now a U.K. friend asked for some soap-holders so I’ve hooked those. I feel so much better for just grabbing that hook and yarn and getting on with it. In fact the little projects of soap-holders and succulents have been perfect. They don’t take long and results are instant. 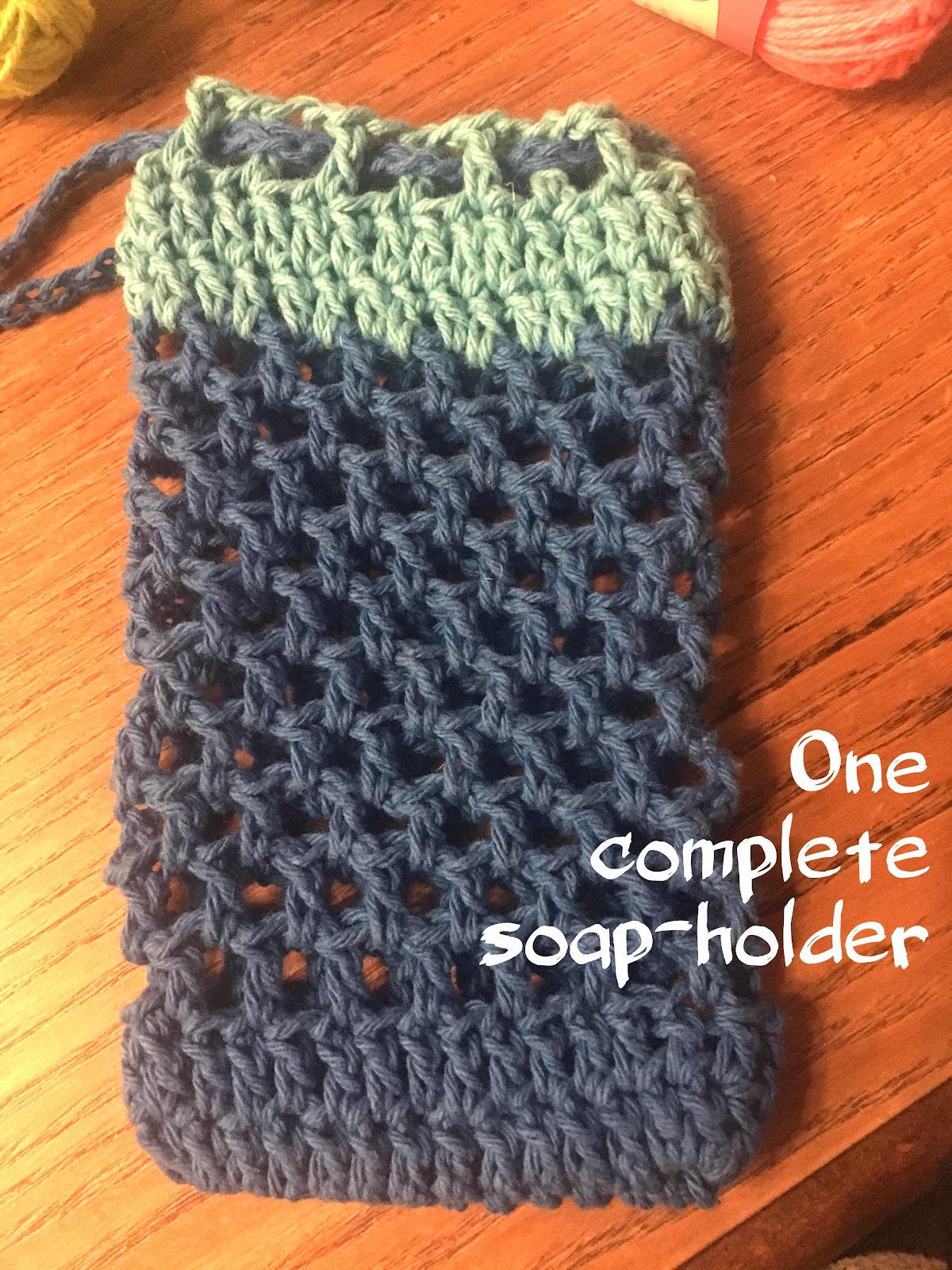 This week (and last) we are in the U.K. staying with my parents. We planned to see lots of friends and family but due to my usual illness/exhaustion, other people’s commitments and the kids having contracted a sickness bug somewhere along the way it’s becoming less about commitments and more about relaxing at my parent’s house....which in turn has given my mother the sickness bug! Having said that I like staying at my parent’s house. Some find their parents stressful but I enjoy their company and spending time with them. Also, my sister lives fairly close so we’ve seen her and her family lots too. Plus we managed to see good friends and had a random meet-up with my brother and his clan as well so actually, before the bug, things were going well. Unfortunately the bug has come in as my husband arrived (due to work commitments he had to fly over a week after us lot) and we’re due to see his family. We are desperately hoping we’re well enough to see his folks, especially his dad who has been unwell lately. Fingers crossed for at least one visit there. 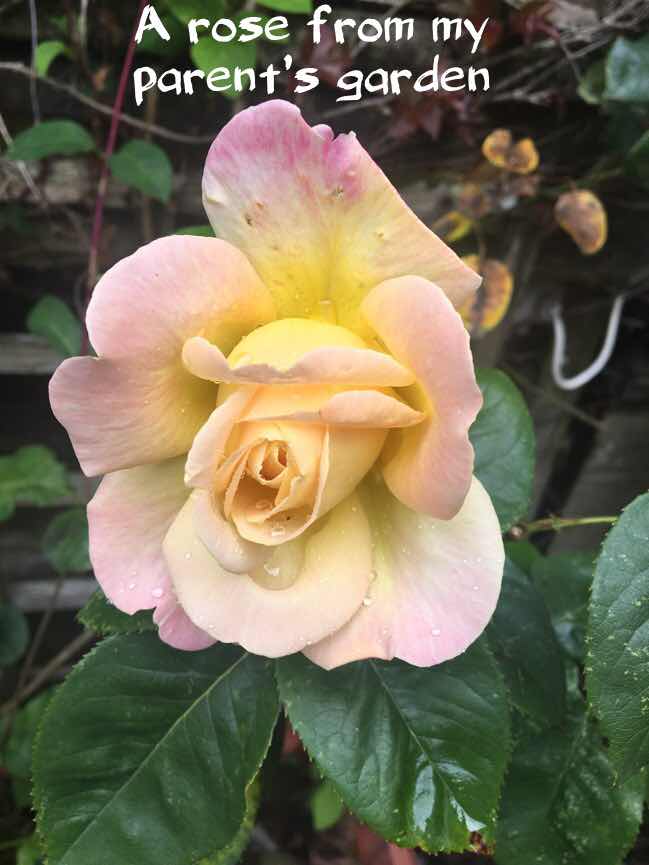 When we have visited the U.K. before (in the two years since living abroad) we have tried to see everyone. We came to the conclusion very quickly this wasn’t doable. It exhausted us. We would love to see everyone but we just don’t have that much energy and there are not enough hours in the day. Since coming to this wise conclusion (even if I do say so myself) we have had more ‘rest days’ at my folks’ house. We have sat in the garden, played Uno with the kids, drank and talked with my parents, made phone calls to family in the same time-zone, we’ve been catered for, the kids have played in the garden (oh to have a garden!) and we have reconnected with our lovely pooch (although I’ve been firmly told he’s not allowed on our bed!). It has, to all intents and purposes, been quite relaxing. Even with the illness and vomitation (as my husband once called it in a drunken stupor) we have felt no pressure from anyone to be anywhere. Friends have understood why we can’t see them this time and family are wishing us well and hoping to see us but also applying no pressure. We feel loved and cared for.
This (in a very convoluted manner) brings me to crochet. I have said many times that I find crochet relaxing. Of course I can crochet at our home in Japan but while the kids are on their school holidays I feel obliged to entertain them. Being here, because we are somewhere different, having access to a big garden and having had several easy days out, I don’t feel obliged. I’ve sat in the garden and crocheted until it rained and I’ve nearly finished my sister’s blanket. It’s taken me a while because I started off with a complicated, colour-changing pattern with squares, hexagons and octagons. I love the pattern but it strained my patience and my brain needed something else. Plus I knew my sister wanted the hexagons more than any shape and I found myself enjoying this shape the most. So I made each hexagon just two main colours with another as a boarder rather than the 10 colours from the pattern. It was more blocky but I felt you could see the actual pattern of the crochet more. I decided on an order for the hexagons, took a photo, crocheted them together, realised I’d done something wrong so had to undo loads and crochet it together again.  I now only have to finish the boarder. I love coming to the end of a project as there’s a big sense of achievement...especially when it’s 5 months late! 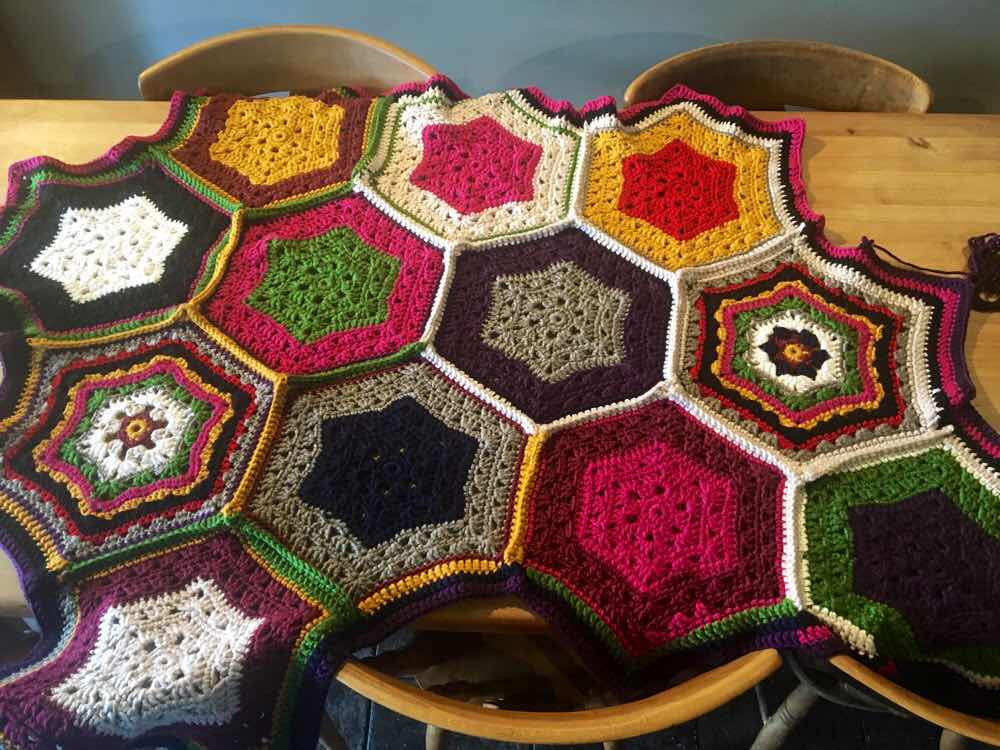 I attended a knitting group with the same sister and made soap-holders for her friend who asked for them there. Two of the ladies marvelled at the fact I’d made one in less than two hours. That made me grin and feel more than a little bit smug. I love this simple pattern of mine. I have these baby balls of cotton yarn, only 10g which Father Christmas gave me in my stocking. They are perfect for this type of project. I might make mini ones for each kid to have in the bathroom. Aren’t these tiny yarns cute?

And the project that really got me back into the world of crochet was my son’s birthday present. I put this off as I was having a very bad flare on the run up to his birthday, plus it was our trip to Kyoto. But when I started the project I felt so much better as I reeled it off really fast. I had decided to make him some crochet succulents because he had a succulent he had loved and nurtured in France which had grown beautifully and we had to leave it behind. I thought a crochet one would be perfect as he could take it with him when we next moved. It was a cute little thing too. So cute that I made three and sewed them into a mossball. I’ve decided crochet plants are an awesome idea so look out for more. What do you think of them? 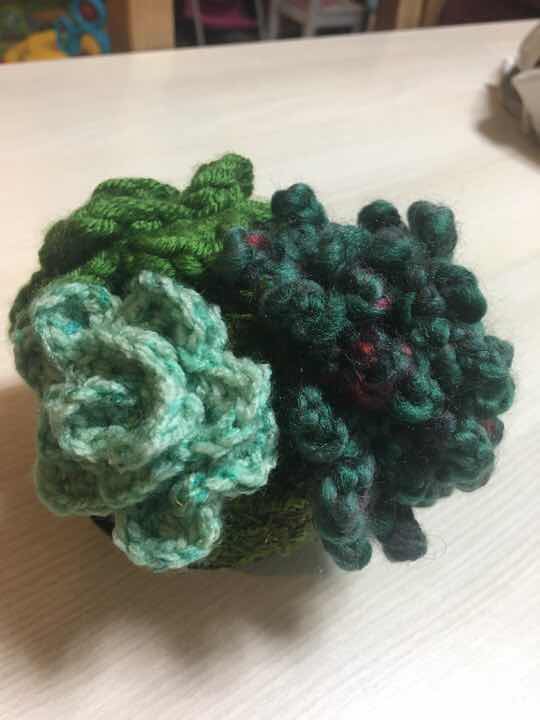 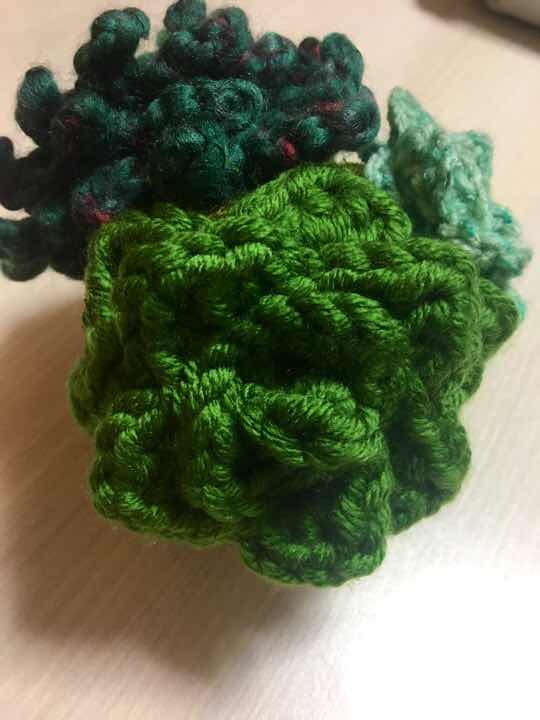 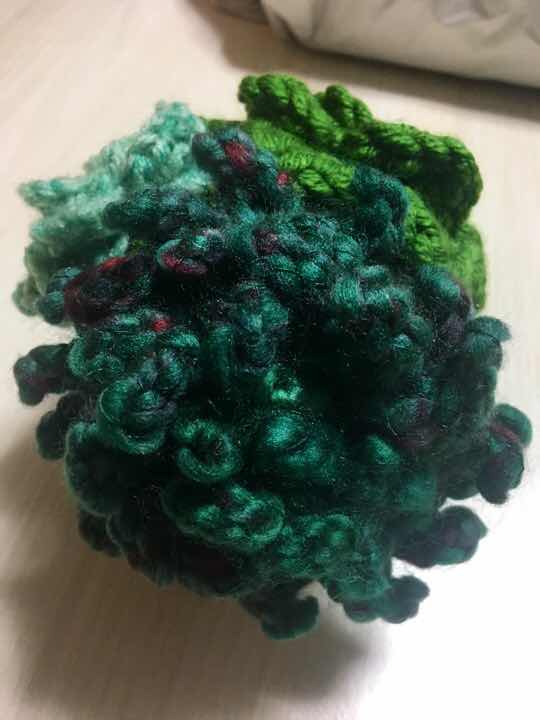 Now back to reading my crochet magazine (of course I stocked up whilst in the U.K. !).
Stay happy, safe and well folks.