The kitten who stole a week 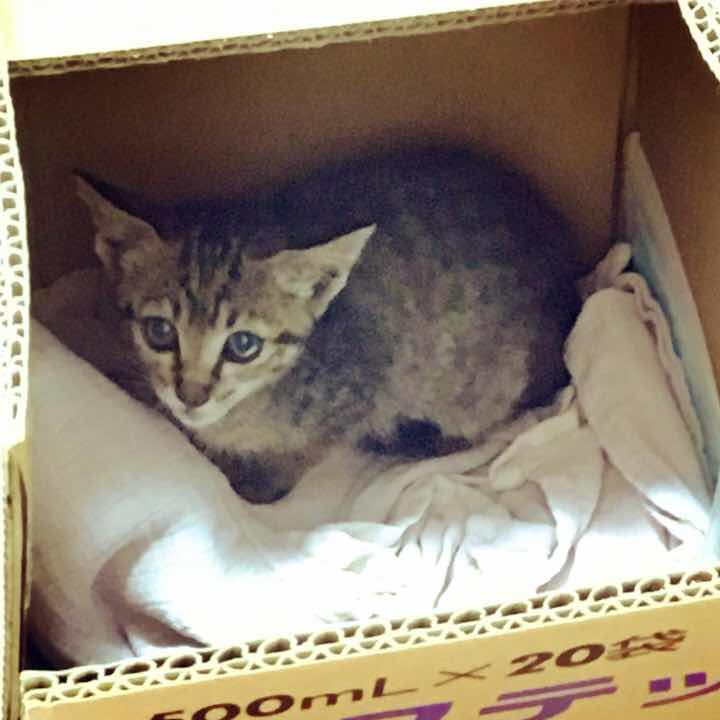 “Mummy! Mummy! There’s a kitten outside and I’m going to feed him this.” My 3 year old daughter then shows me her handful of leaves. I assume she’s talking about a game she’s playing with her brother. They have both gotten bored at the supermarket and there’s a nice safe area they can play outside for a few minutes whilst I pay. (That’s one great thing about Japan- it’s so safe for children). Then, two minutes later, my son comes in and says “Mum there’s a kitten outside and I think he’s lost.” At this point I realise they’re not playing. I go and look and sure enough, under the recycling bins, is a tiny kitten who is meowing very loudly and constantly. I pop back in to tell the staff but they’re not interested. When I return the kitten has moved but those animal-loving kids of mine have kept and eye on it.
We managed to catch the little tyke and I only get one bite. I quickly wrap the little thing in my cardigan and little kitten is immediately calmer. We look for a vet but can’t find one (of course I know where one is now) so end up at the animal ‘hotel’. The bloke gives us a tin of food, a mat and a cardboard box. We take the kitten home.
At home I tell the kids to leave the cat alone. It is obviously scared. Every time I open the box to place food or water inside I fear for my hand! At one point I was using oven gloves as protection!!! You can see why! 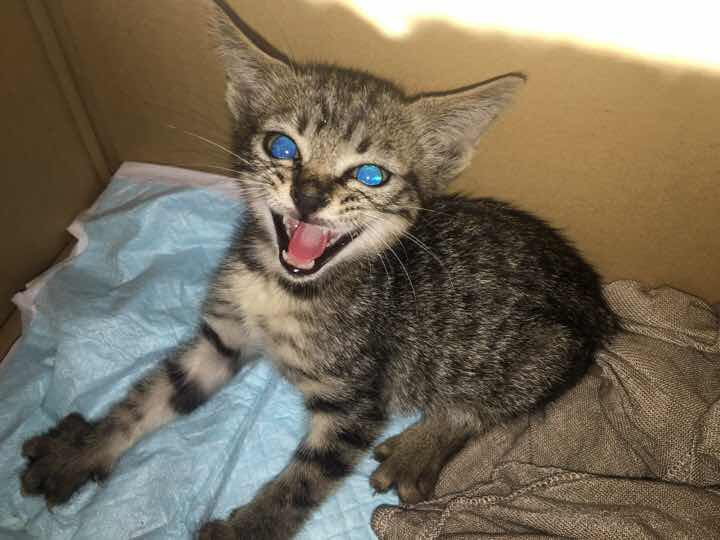 I feed little kit little and often due to it being starving. I remembered from somewhere that when an animal is starving it’s stomach needs to adjust. My eldest daughter is away so the cat cardboard box ends up in her room. It soon becomes clear due to the cats behaviour and comments from the ex-pat community (thanks to Facebook) that this is a feral cat. I don’t think there has ever been contact with humans before. Which explains the shear fear. Every time I open that box and need to get the kitten out because of the mess the poor little thing is in and needs cleaning I use a towel as my hand seems to still be in danger.
After a few hours I put the cat in a second cardboard box to feed it (I still haven’t looked that closely at this point) so it gets used to being out of the box and that it’s a good thing. At this point I’m sure the cat thinks the box is the only safe place in the world. This is why I keep getting him (I’ve had a quick look) out the box so he knows that leaving the box is good.
I buy a cat carrier so there’s a closable area for him to feel safe in. Eventually I work out the claws and teeth are all a show and I manage to hold the little thing. Eventually I give it a cuddle and hear a little purr. The kids start to play with him and my eldest brings back a cat toy from her travels. At this point I reiterate that we’re a foster home for this little guy....wait! I can now have a closer look without loosing a hand. Actually it’s a little girl. She gets call Maleficent due to having a rough attitude at first but actually being a big softy. 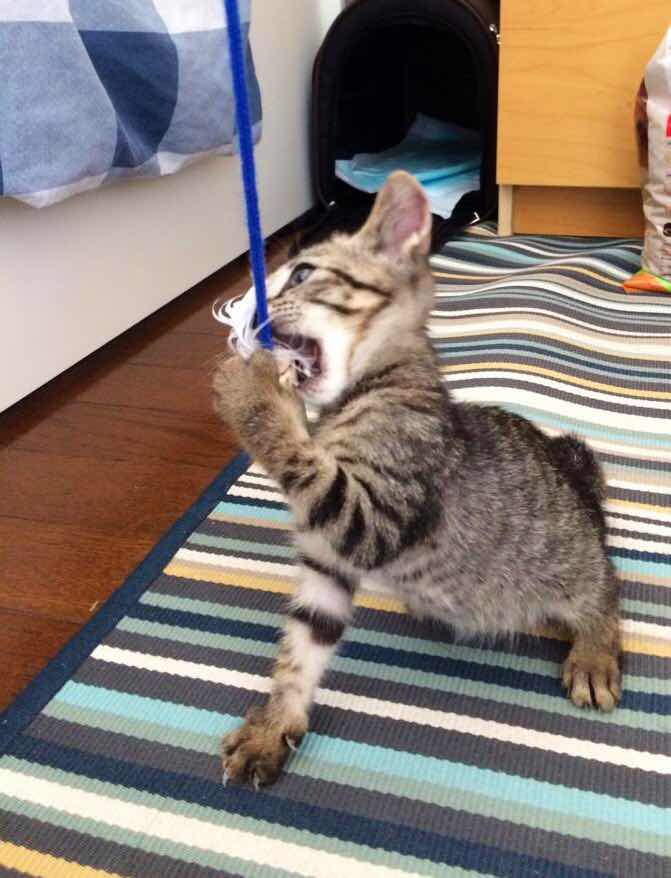 After a few days Mal becomes very familiar with us all. She now uses a litter tray and is let out of her (now) crate more and more often. She has energy as she’s had lots of food and she plays a lot. She’s a climber and now being in our bedroom means we find her on bookshelves and our bed. And our laundry basket! 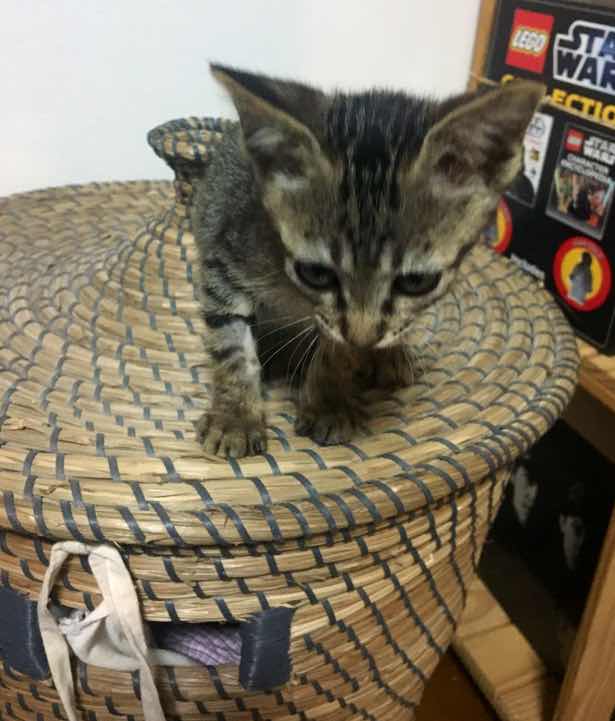 Then the bad news: she can’t stay. We had grown fond quickly even though we knew keeping a new pet was probably a bad idea as we don’t know how long we’ll be here. We hear from the rental agency that she has to go. I’m so upset. Little Mal has started to come to me for comfort. People keep saying she thinks I’m her mum because I’ve cuddled her and fed her. But that’s not the point. Either we move, she does or we are in breach of our contract. We could lie, we could push it, we could be sneaky. But the kids are blabber mouths and we want the cat to be happy and we don’t want the heartbreak of leaving a pet behind again. After a day of networking, messaging, Facebook posts and phone calls I hit a breakthrough. A lovely lady, just up the road and with a kid of a similar age, owns her house and can have little Maleficent.  She has another kitten who is a bit older at 6-7 months. We go to the vets together and Mal is basically healthy and only 40 days old! So she will have to wait for her vaccinations etc. Oh and Mal’s future house is in a safe area so that cats can go outside.
I should explain - in Japan there are a huge number or feral cats. In fact, until this kitten arrived in our lives, I had no idea just how many. In my quest to help her get rehomed I spoke with the Japan Cat Network. These lovely folk are a volunteer run organisation that relies on donations. They are also looking out for all sorts of animals (not just cats) and happen to be very lovely and caring people. They told me that terrible things happen to feral cats here. In fact at one point the lady on the phone wouldn’t go into detail because it was too upsetting. Suffice to say a lot of cats running wild around cities are poisoned, not by the government (which it seems has a slightly bad rep in the case of animal welfare and I’m still trying to figure all that out) but by local residents. When someone from an animal welfare shelter told me (via a Japanese friend) to put the cat back outside the lovely folk at the Japan Cat Network panicked due to these poisonings and ill treatment of the cats. I have to say I thought this was an appalling thing for an animal welfare shelter to say. I understand that they’re overrun with cats at the moment and simply have nowhere to put them but to suggest I put her back on the streets?!? I would never do that. Look at this little face - could you just put her outside and ignore her?! 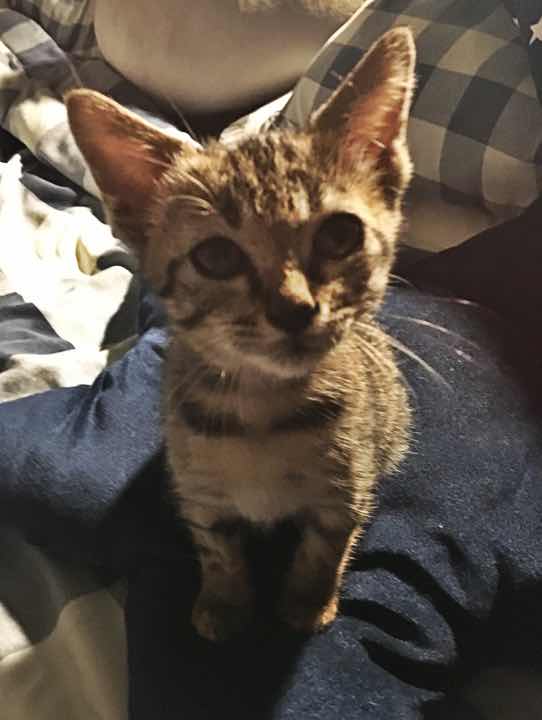 I could go into the very murky waters of how animal shelters here are reported to deal with overcrowding but in all honesty I don’t actually know enough nor have evidence to speak of that. But that is definitely something I want to look more into. Some say animals
are only given a few weeks and gassed. Others say that was the old way and things have changed. The Nagoya Animal Welfare centre, who I reached out to about this little kitten, sent me a lovely email saying they would help but had no room and I was maybe best finding a home for her on my own. It was definitely written by someone who cares. As I said more research is needed.
One thing that I thought was rather sweet and actually took me aback a bit was how many people thanked me for helping the little kitten. I wasn’t going to leave her there. My mum always said she’d raised children who would pick up anyone and anything off the streets and help it. Whilst this was said with an air of sarcasm it is true. We are always collecting waifs and strays be they people or animals.
Anyway I’m off to play with a kitten before she moves on. She may stay as Maleficent or she may be renamed. There’s a Harry Potter theme amongst her new owners so perhaps Minerva would fit better?!
I’ve never been a foster mum before but I think I could do it again....if my rental agreement allows.
Take care peeps. 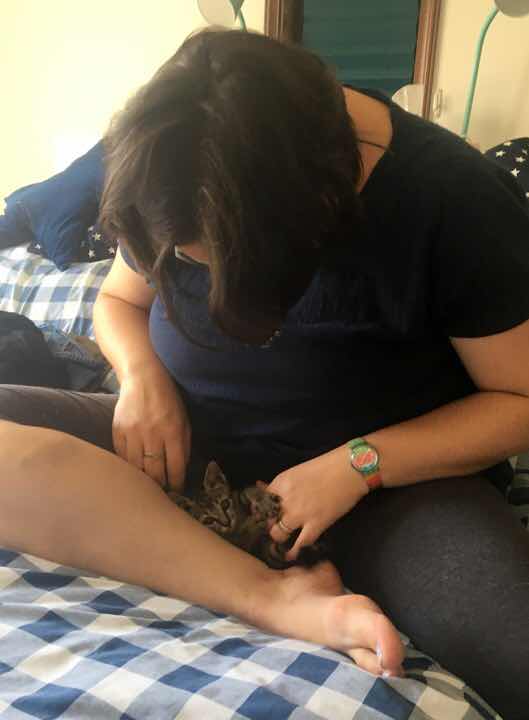 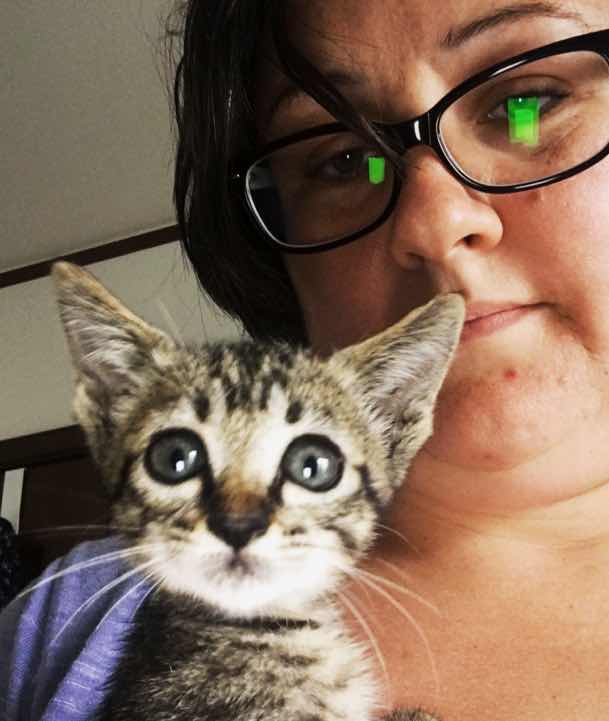